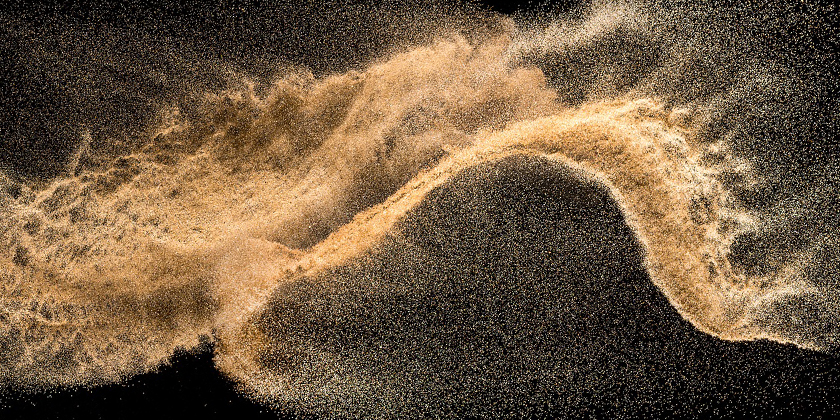 The subject of particulate matter is one that is central to filtration. Filtering the air using dust collection systems for various industries and controlling them using water treatment and recycling systems revolves around this concept. Since filtration involves this type of matter, we will discuss briefly what particulate are and how one specific kind of particulate is closely related to our products.

How Big Are Particulates?

Particulates come in a variety of sizes. They also vary in shape. Even the composition of particulates is variable. The chemicals that make up these airborne contaminants originate from a number of sources.

The measurement used for sizing up particulates is microns. To give you an idea of the size of a micron, consider that a grain of fine beach sand measures 90 microns in diameter. Again, particulates can be found in an array of sizes. But from where do these substances come? Let’s consider that question next.

There are multiple sources of particles that end up in the air. Some particulates are produced directly from a source and others are the result of complex chemical reactions. An example of the former would be a construction site where dust is generated. An example of the latter would be the emissions of an automobile’s exhaust system.

So particles in the air are the result of many things happening constantly and the kinds particles themselves are numerous. However, for the purposes of our discussion, we will highlight one specific kind of particle that deserves attention; respirable crystalline silica.

A Particulate Deserving of Attention

When it comes to particulates, a specific one that has continued to come to the attention of OSHA in recent decades is silica. Respirable crystalline silica is present in many natural and man made materials that are used in construction.

These specific particulates are “respirable” in that they can be breathed in and crystalline in structure. Additionally, respirable crystalline silica has been linked with silicosis and causes a variety of health problems. As a result, standards for work environments have been developed to control these particulates since there is currently no cure for silicosis.

Various construction equipment produces particulates that contribute to silicosis and other respiratory problems in workers that are not protected. Construction equipment such as stationary masonry saws, grinders, and handheld power saws are just some of the machines that are used to shape, cut, and polish surfaces made with materials containing silica. OSHA has developed standards for controlling particulates generated by these machines.

Each category of equipment has specific guidelines and standards. Those directives enable the operator to minimize the amount of particulates that wind up in the air to be breathed by people in the area. The standards also describe methods to maintain and control particles that are trapped through filtration processes using water. Information about the various techniques and standards is available on the following pages:

As we have discussed, particulates make their way into the atmosphere through many avenues. Additionally, we have seen that there are a number of different particulates that occur in an array of sizes and shapes. Finally, we looked at respirable crystalline silica specifically and what is being done to reduce exposure in certain occupations.

Becoming familiar with particulates and how they can impact your lifestyle and health is the first step to knowing what to lookout for how to handle various kinds of particulates.