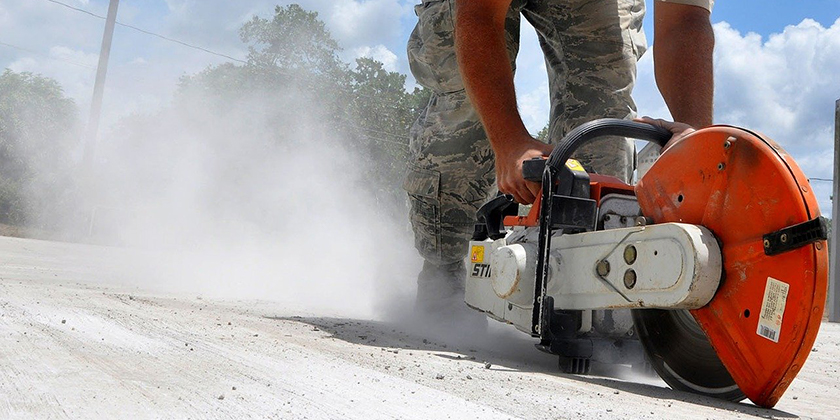 For those that may have not heard about silicosis (a lung disease), it may be a new concept. Yet, there are some individuals that are at a higher risk for being affected by it. In this article we will take a look at What silicosis is, what causes it, and how individuals at risk can reduce their exposure to silicosis.

Silicosis is a lung disease. It that can create chronic breathing problems for those exposed to crystalline silica. When silica builds up in your respiratory system, it can cause scarring that inhibits normal breathing. Symptoms can develop at various times (from a couple years to decades) after exposure. This condition occurs in 3 forms. These forms are:

Causes of the Lung Disease Silicosis

What causes this lung disease known as silicosis? It happens after exposure to fine particles of silica crystals through an environment of some kind. Notice the following excerpt taken from The American Lung Association:

Silicosis is a lung disease caused by breathing in tiny bits of silica, a mineral that is part of sand, rock, and mineral ores such as quartz. It mostly affects workers exposed to silica dust in occupations such mining, glass manufacturing, and foundry work.

Employers of stone professionals can work to reduce the amount of silica by creating work environments that make use of dust collectors and water filtration systems for concrete, granite, amrble, quartz and many other industries.

After exposure to silicosis on the job, the development of the disease might cause a variety of early and later symptoms including the following:

Since some professionals are at a higher level of risk for developing silicosis, there are safety standards and laws designed to help protect workers form exposure to respirable crystalline silica.

By following the safety standards outlined by OSHA and the relevant laws regarding safety you can minimize your exposure risk. Additionally, regular checkups and monitoring can help detect signs of lung disease.