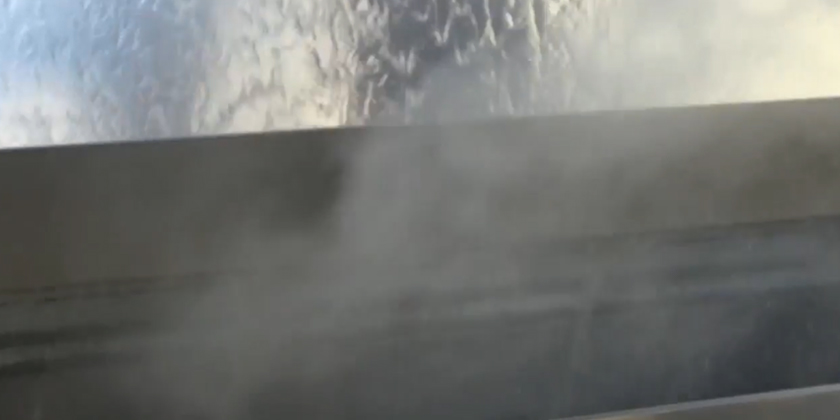 Work environments inherently have some risk associated with them. One such risk that exists with particular environments and occupations is silicosis. If you want to know more about the health affects, you can see our post entitled Silicosis Lung Disease. In this post, we will talk about some related information that highlights the history of silicosis.

Even though the standards for protection from silicosis have improved, it wasn’t always that way. Let’s briefly consider some background information about silicosis*.

The history of silicosis reaches into a variety of industries. Additionally, it spans many years and work environments. Today silicosis protection is monitored in a number of industries and projects. However, it wasn’t always that way. That is however, until after the disaster at Hawk’s Nest, WV in 1930-31.

Information describing the Hawk’s Nest mining operation explains that some 2,500+ of the 5,000 workers on a tunnel project were underground at some point. Additionally, techniques to protect workers from dust inhalation were not followed. As a result, upwards of 2,264 workers either died from acute silicosis or ultimately developed the lung disease.

The publicity surrounding the Hawk’s Nest mining operation increased awareness of silicosis. Furthermore the publicity also increased workers’ use of respiratory protection and dust suppression techniques. However, as we know today, mining is not the only profession that carries the risk of workers developing silicosis.

Unfortunately, awareness does equal prevention. Without active protection methods, knowing about silicosis does nothing. The decades following the 1930’s saw what could be described as a dismissal and a forgetting of the lung disease. However, dismissals and inattention do not result in the changing of reality. Even though silicosis was not publicized as before and it was forgotten by some it would again be noticed.

Move forward in time to the 1970’s and the dangers began to be revisited after having been dismissed in the previous decades. A physician and his colleague began to discover a silicosis epidemic among sandblasters working in the West Texas oil fields of the United States. As a result, silicosis underwent a resurgence in awareness.

From the 1990’s until our present day, lawsuits have continued to publicize the awareness of silicosis. During that time there have been thousands of suits filed. As a result, silicosis has not only increased as a whole, but awareness is taking place in multiple industries that generate dust that has the potential for containing silica. Nonetheless, this avenue for increasing silicosis awareness has seen some setbacks.

Although awareness was being publicized regarding silicosis and the dangers existing in specific work environments, other developments began to emerge. In a time period during the early 2000’s the legal field in one US state saw a large increase in silicosis claims. As you might imagine this caught the attention of insurance companies. Hence, adjustments began to exclude silicosis in policies. One Federal Judge even ruled that a significant number of specific cases were to be dismissed.

Despite the fraudulent lawsuits mentioned above, legal activity has contributed to the increased awareness of silicosis. national attention continues to grow with regard to this disease that affect workers in a number of fields.

As mentioned above, silicosis risks exist in a number of industrial areas. Professionals in a wide range of work environments do well to take protective measures against silica. In this portion of our considering the history of silicosis we will visit some of the professions in which silicosis is a legitimate risk.

One industry in which silicosis is being found is denim sandblasting. Altering denim jeans by using sandblasting is one of the ways to create a garment that looks like it’s been worn. However, this method can expose the person blasting the denim to respirable silica and can lead to silicosis. As a result, some jean companies have banned sandblasting as a way of aging denim.

Several tasks in masonry involve drilling, cutting or grinding blocks, bricks, and mortar. Each of these tasks generate dust that can contain silica. If breathed, masonry dust could lead to silicosis.

The ceramics industry is another industry that can facilitate exposure to silica dust. Clay and glazes are used in the ceramics industry. Furthermore, these substances are potential vehicles for silica exposure. In fact both of these are listed as potential hazards in a document published by Princeton University for their campus community.

Concrete is a large area through which silicosis can be a hazard. A number of occupations involve concrete in some form or another. Whether construction, demolition, or renovation work, if there is concrete and tools are used to cut, grind, drill or break it, the potential for silicosis is there.

Mining is perhaps one of the oldest known occupations in which silicosis has been found. It is in fact found in both developed and developing countries of the world. Even though it has been associated with mining for so long and it sill does not have a cure, its prevention can be effective if given proper attention.

In conclusion, silicosis has been on the radar for decades and to varying degrees it has been publicized and announced, however, there still remains occupations in which the knowledge has either not been developed, or the information is not being put to good use. Yet, there are plenty of solutions available for controlling respirable silica.

*One of the main resources for the information in this post was the document entitled: A Brief Review of Silicosis published on the website of US National Library of Medicine National Institutes of Health. Return to Content